Jakob Sievers is a geophysicist working on CO2 fluxes in the Nordic seas and the Greenlandic shelf. He develops micrometeorological techniques and advanced models to study gas exchange in the Arctic environment. But he is also a skilled hobby photographer, whose photo on the research and expedition vessel Lance in Arctic waters was awarded with third prize in the ArcticNet photo contest at the ArcticNet Annual Scientific Meeting in Winnipeg, Canada.

The contributions to the ArcticNet photo contest were judged on originality, technical excellence, composition, overall impact, artistic merit as well as other criteria. Jakob Sievers tells about his contribution:

"The photo was taken during an expeditional course hosted by the University Centre in Svalbard (UNIS). During the course, students were transported on the Norwegian research ship Lance across the Fram Strait between Svalbard and Northeast Greenland to the ice pack drifting along the Greenlandic coast. Here the ship was anchored to the sea ice, as seen in the photo, and students spent several days conducting a range of geophysical experiments."

Photography-wise, this year has been very successful for Jakob: in September, he had the cover photo on Nature Geoscience, illustrating melting permafrost, and now the ArcticNet photo contest prize.

ArcticNet has been gathering photographs of Arctic scenery, people, flora, fauna and fieldwork, and a selection of these stunning photos can be viewed on the Polar Photography gallery.

The ArcticNet photo contest is part of the ArcticNet Annual Scientific Meeting, which took place in Winnipeg, Canada, 5-9 December. It gathered about 800 scientists working with Arctic issues, who presented their research on diverse Arctic topics ranging from human health and education to biology and physical systems in the north. Most participants were from Canada, but there was also a 10 persons’ delegation from ARC.

Read more about the conference on the Canadian news site CBC 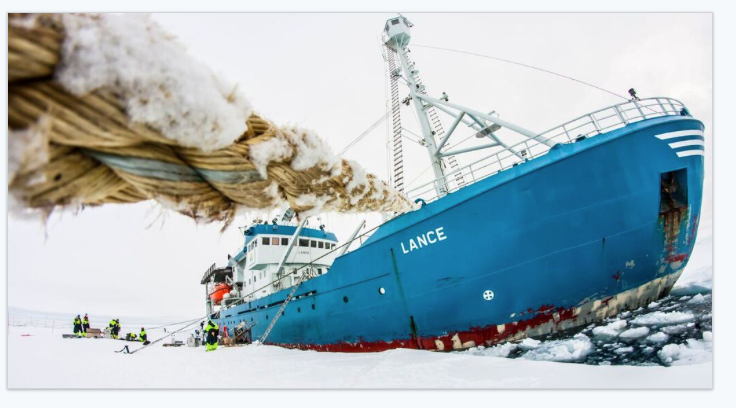